Bipolar disorder might be more stigmatized than any other mental health disorder. The term is also used incorrectly by many and by the media, leading people to think that someone who simply changes mood quickly is “bipolar.” These misconceptions can make life for those with the disorder difficult and even prevent some from getting the help they need.

People who have bipolar disorder can have periods in which they feel overly happy and energized and other periods of feeling very sad, hopeless, and sluggish. In between those periods, they usually feel normal. You can think of the highs and the lows as two “poles” of mood, which is why it’s called “bipolar” disorder.

In Bipolar I, patients experience mania that is at least one week in duration and depression that is at least two weeks in duration. In some cases, mental health professionals may give someone a diagnosis of Bipolar I when these episodes are shorter but intense enough to put that person in the hospital.

In Bipolar II, each stage is shorter and the symptoms can be less intense. While it may be less severe, Bipolar II patients still need the same support, compassion and quality of care as those with Bipolar I.

In Cyclothymic Disorder (Cyclothymia),  a person has mild depression mixed with hypomanic episodes for at least two years.

Bipolar Disorder is most frequently treated with a combination of therapy and medication. It can be genetic, and it affects people’s jobs, relationships, and quality of life. However, there is strong evidence that with treatment (such as talk therapy and certain medications), people with bipolar disorder can enjoy full lives. That includes strong relationships, a satisfying job, and having meaningful social connections. Below we will discuss symptoms, causes, and treatment options for bipolar disorder. If you believe that you have these symptoms, please consult a medical professional immediately.

In bipolar disorder, the dramatic episodes of high and low moods do not follow a set pattern. Someone may feel the same mood state (depressed or manic) several times before switching to the opposite mood. These episodes can happen over a period of weeks, months, and sometimes even years.

*If you are experiencing thoughts of suicide, call the National Suicide Prevention Lifeline immediately, at 1-800-273-8255. The hotline is available 24 hours a day, 7 days a week.

The exact cause of bipolar disorder is unknown, but several factors may be involved, such as:

How are you tested for bipolar?

What is the definition of a bipolar person?

Should you argue with a bipolar person?

How do you help a person with bipolar? 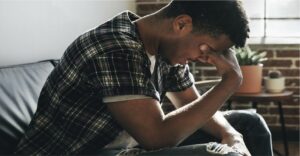 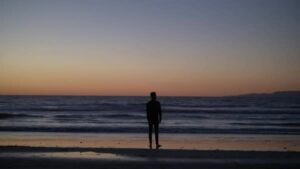