Post-traumatic Stress Disorder (PTSD) is a mental health condition that people sometimes develop in response to a traumatic event. The disorder often causes symptoms such as avoidance, intrusive thoughts, and flashbacks.

There are a variety of reasons a person can develop PTSD, but this mental health concern is one that can be best treated when it’s clearly understood.

Unfortunately, some people who live with PTSD think that they can never recover from their symptoms because they cannot erase the trauma. Nystrom & Associates wants any such person to know that there is hope. Mental health care providers can help you reduce symptoms of PTSD or even make a full recovery.

While people often associate PTSD with combat veterans, they are not the only people who can develop the disorder. Anyone who experiences trauma is at risk for PTSD. The key risk factor is experiencing a triggering event, but not everyone with trauma will develop PTSD.

Here are some examples of symptoms of PTSD:

What Can Trigger PTSD?

There are many different kinds of therapy or counseling that can treat PTSD. Some of them include EMDR (Eye movement desensitization and reprocessing). In EMDR, the patient is exposed to stimuli associated with their trauma. They learn to tolerate distress, and eventually their PTSD symptoms, triggers, flashbacks, and nightmares, decrease. There is also Cognitive Behavior Therapy, where the client learns to reframe their thoughts, and as a result their emotions change.

Someone with PTSD may have a lot of anxiety because of their trauma. When they learn how to improve their negative thought patterns, it can become easier to learn to be at peace. Exposure therapy is another standard treatment for people with PTSD. The person is either gradually or rapidly exposed to something that they’re afraid of (similar to EMDR) and learns that they’re not in danger. These are a few treatment options for people living with PTSD, however there are many more.

We make it as easy as possible to get the care you need–from online booking to convenient telehealth appointments.

How Does Abuse Affect Mental Health? 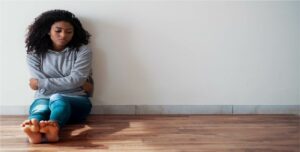