Obsessive-compulsive disorder (OCD) is a disorder in which people have recurring, unwanted thoughts, ideas or sensations (obsessions) that make them feel driven to do something repetitively (compulsions). The repetitive behaviors, such as hand washing, checking on things or cleaning, can significantly interfere with a person’s daily activities and social interactions.

A diagnosis of OCD requires the presence of obsessions and/or compulsions that are time-consuming (more than one hour a day).

Obsessions are involuntary thoughts, images, or impulses that occur repeatedly in your mind. You don’t want to have these ideas, but you can’t stop them. Unfortunately, these obsessive thoughts are often disturbing and distracting.

Compulsions are behaviors or rituals that you feel driven to act out again and again. Usually, compulsions are performed in an attempt to make obsessions go away. For example, if you’re afraid of contamination, you might develop elaborate cleaning rituals. However, the relief never lasts. In fact, the obsessive thoughts usually come back stronger. And the compulsive rituals and behaviors often end up causing anxiety themselves as they become more demanding and time-consuming. This is the vicious cycle of OCD.

Common compulsive behaviors in OCD include:

Common obsessive thoughts in OCD include:

OCD has no single cause, but a variety of risk factors can make someone more susceptible to the disorder. Like some mental health conditions, OCD seems to have a strong genetic link. This means that someone with close biological relatives who have OCD is more likely to develop the disorder.

Individuals with OCD who receive appropriate treatment commonly experience an increased improved quality of life and improved functioning. Treatment may improve your ability to function at school and work, develop and enjoy relationships, and pursue leisure activities.

Cognitive-behavioral therapy is the most effective treatment for obsessive-compulsive disorder and typically involves two components:

Other treatment options include medication, group therapy, and family therapy.

Nystrom offers comprehensive and tailored treatment plans that people with OCD need. If you are interested in exploring OCD treatment, contact our offices today. 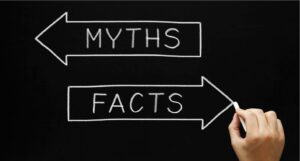