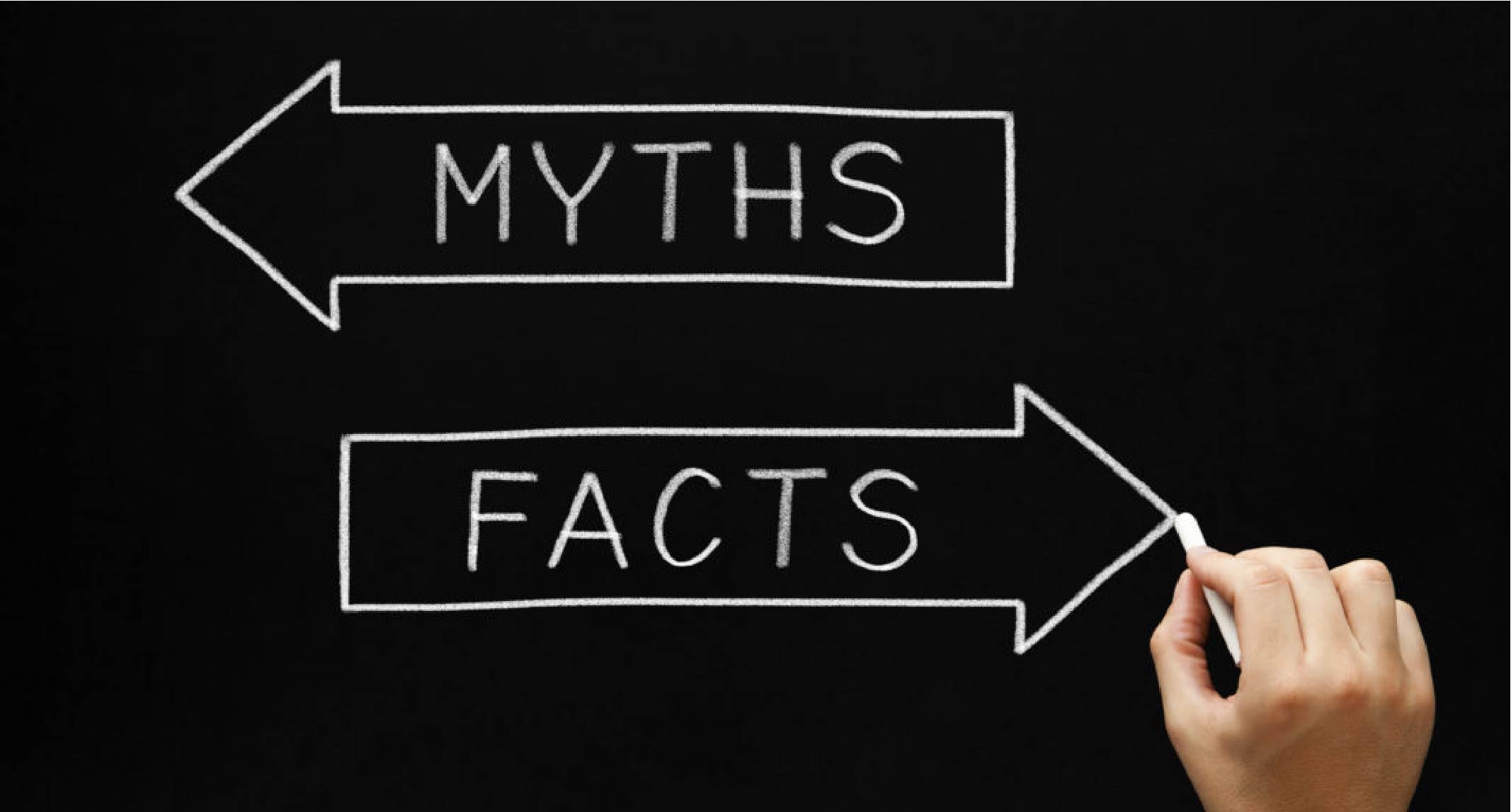 While about 1 in 100 adults has obsessive-compulsive disorder (OCD) in the United States, it is a condition that is often misunderstood. Most people have heard about OCD. However, stereotypical portrayals in the media and misused catchphrases from those around us minimize it as a mental health condition and do not create an accurate depiction of the disorder. To clear up misconceptions, reduce stigmatization, and set the facts straight, we’re going to debunk some common myths about obsessive-compulsive disorder.

Learn more about OCD on our conditions page.

Hailie Kallembach, Outpatient Therapist at Nystrom & Associates, explains further. “A common myth about OCD is symptoms of OCD are a personality trait instead of a mental health condition. Typically, individuals with OCD understand their actions do not have a ‘logical’ basis.” So even if someone with OCD knows that what they’re doing isn’t necessary, obsessions – or intrusive thoughts persist, which leads to compulsive behaviors. For example, one obsessive thought could be the fear of germs. The anxiety surrounding this obsession leads to compulsive behavior, like washing their hands. Completing this behavior reduces anxiety around their fear.

Related: Relieving Back to School Stress and Anxiety

While there isn’t a cure for obsessive-compulsive disorder, there are treatments that can help people manage their symptoms. Kallembach notes, “OCD is treatable through seeking out professional help along with implementing skills into daily life such as mindfulness and self-care.”

A qualified therapist can help those struggling to practice skills to improve their daily life. Mindfulness includes practices like meditation, breathing exercises, and grounding techniques. Therapy can provide a non-threatening environment to address any concerns and individuals can start facing their fears with a professional.

3. Myth: You can easily tell a person has OCD

Because of the way the media portrays those with obsessive-compulsive disorder, it has become normal to assume that you can tell right away if someone has the disorder. You might see them tapping continuously, always cleaning their desk, or rearranging furniture to ease an obsession. Television characters like Monk display OCD as having superhuman powers that help solve crimes.

Despite the media’s portrayal, you’ve likely come across many people with OCD and didn’t realize it. Individuals with OCD are often able to hide their symptoms while they’re in public settings. This is especially true if they are receiving proper treatment from a mental health professional.

4. Myth: OCD is only about cleanliness

While cleanliness is a common compulsion of obsessive-compulsive disorder, it is not the only related compulsion. Compulsions can also include things like:

Obsessive-compulsive disorder is different for everyone, and symptoms can change throughout their lifetime.

5. Myth: Everyone has a little OCD

Since having a cleaning complex is a common personality trait, many believe that everyone has a little OCD. This is simply not true. Liking things to be orderly is not synonymous with having OCD.

In general, the term OCD is thrown around very lightly which can cause confusion as well. This includes statements such as, “I’m so OCD about organizing my art supplies.” “Scheduling my day brings out my inner OCD.” Joking about having a mental health condition minimizes the suffering of those actually struggling with it.

Related: 3 Ways to Check In On Your Mental Health Before School

A Word From Nystrom & Associates

In summary, there are many misconceptions about obsessive-compulsive disorder. It isn’t a personality trait, only about cleaning, or always easy to spot. More importantly, OCD is treatable. It affects everyone differently, and the right treatment will differ depending on the individual and their unique needs. If you or someone you love needs treatment, we’re here to help. Easily request an appointment online today.